by Audio of the Ancients 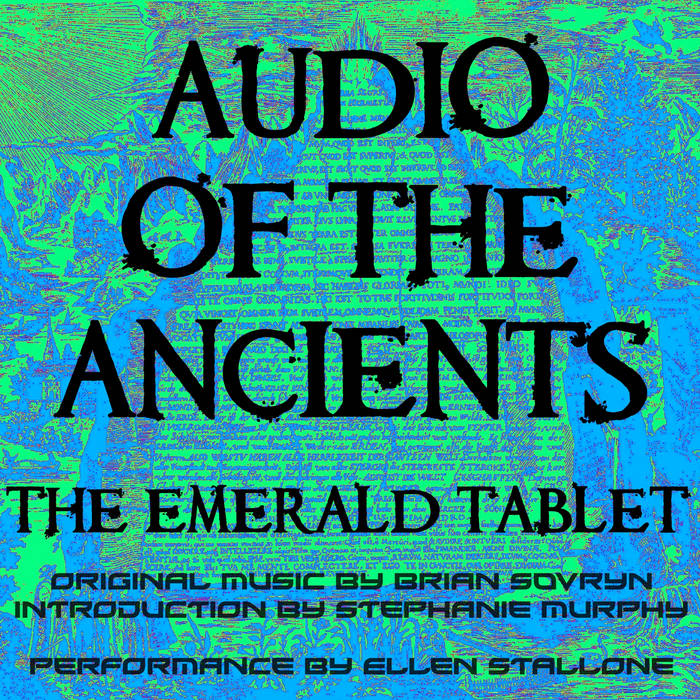 Translated by Sir Isaac Newton himself, "The Emerald Tablet" is a classic alchemical text that may be the most well-known and most discussed in history. With mysterious origins--some even claiming it was originally from the lost continent of Atlantis--authorship is credited to Hermes Trismegistus...a figure in alchemy who is equally mysterious. Translated from Greek, this presentation features original music by Brian Sovryn, an introduction by renowned voice actor Stephanie Murphy, and for the first time in Audio of the Ancients history, a performance by Ellen Stallone!

Also included are two bonus tracks that were previously unreleased and originally meant for other future albums in the Audio of the Ancients series: "Lost Knowledge" and "Return of Asherah." Both are instrumental-only compositions by Brian Sovryn, and now available as part of this new release, sure to stir you into thoughts of the ancient past.

Many claim that the Emerald Tablet holds within its brief message the entirety of knowledge of the universe, the keys to all power, and history's greatest mysteries. Though interpreted differently by many, Isaac Newton's translation is considered a standard...and who knows what secrets he gleaned from it? Perhaps you will find your own secrets as you listen to this exciting rendition from Audio of the Ancients!

Audio of the Ancients New Hampshire

Bandcamp Daily  your guide to the world of Bandcamp